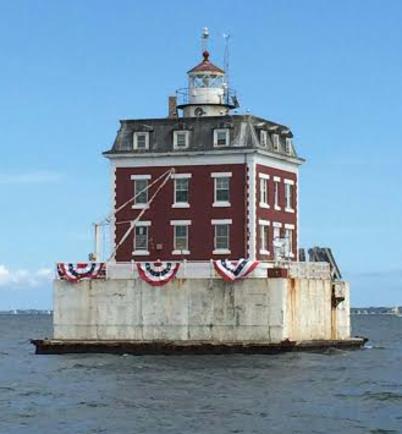 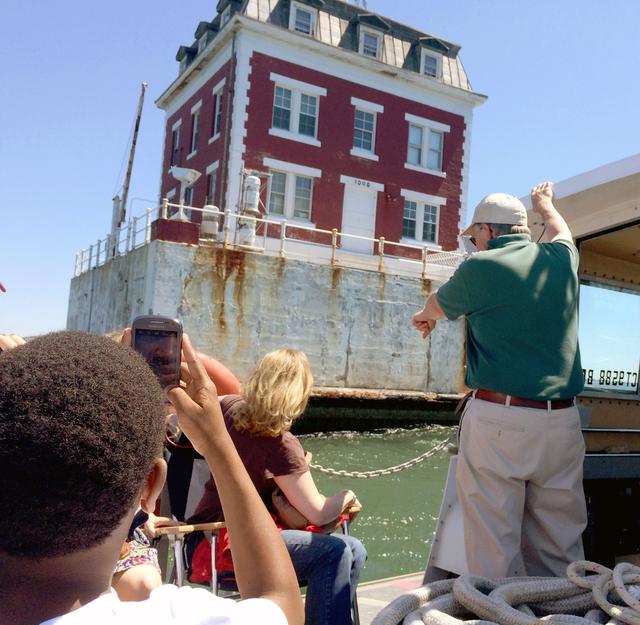 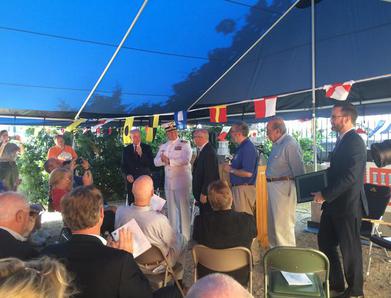 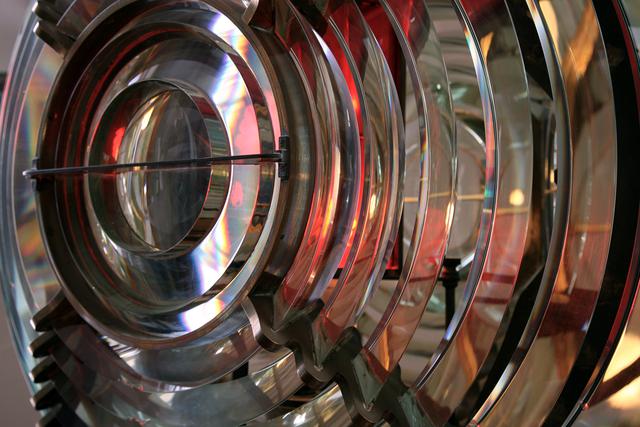 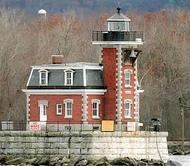 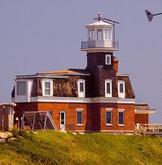 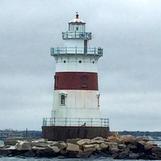 this new lighthouse came up, two prominent shoreline residents -- Mr. Platt in Groton and Mr. Harkness in Waterford -- made it clear they did not want to have to look out at the current 'Spark Plug' style then being built 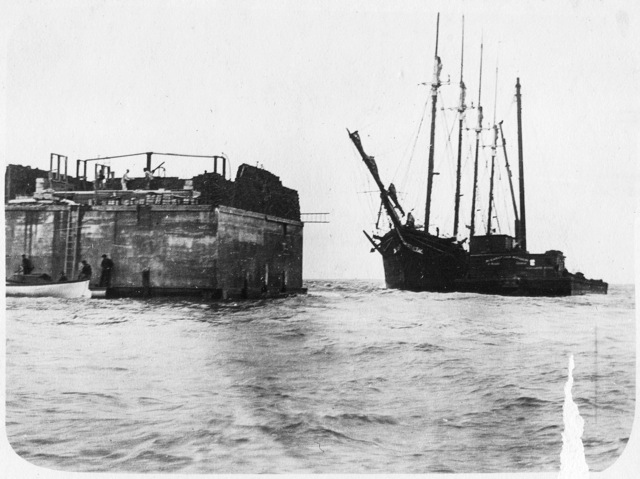 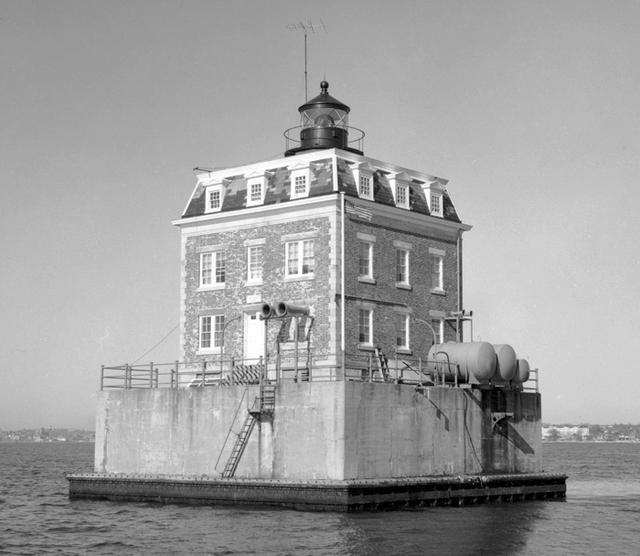 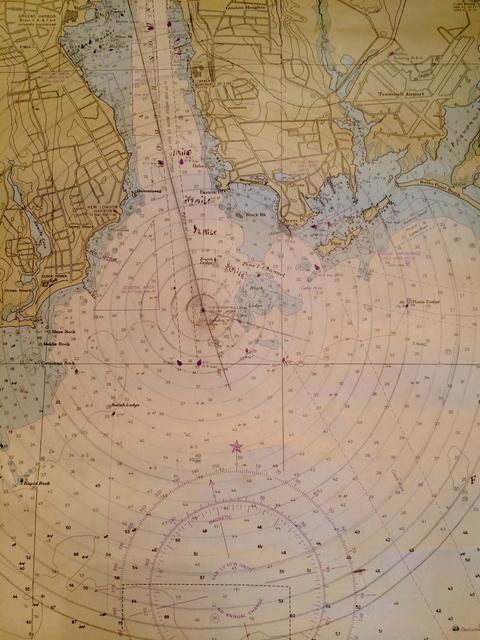 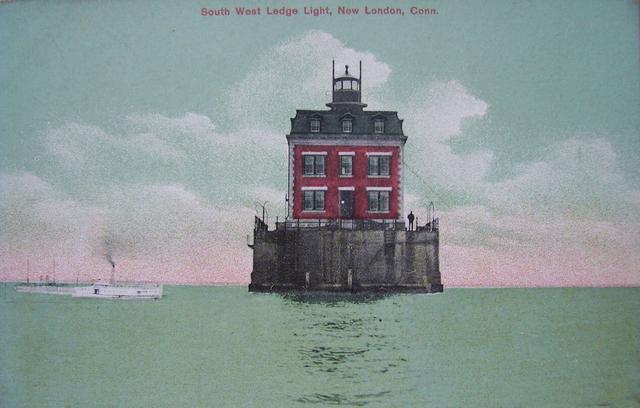 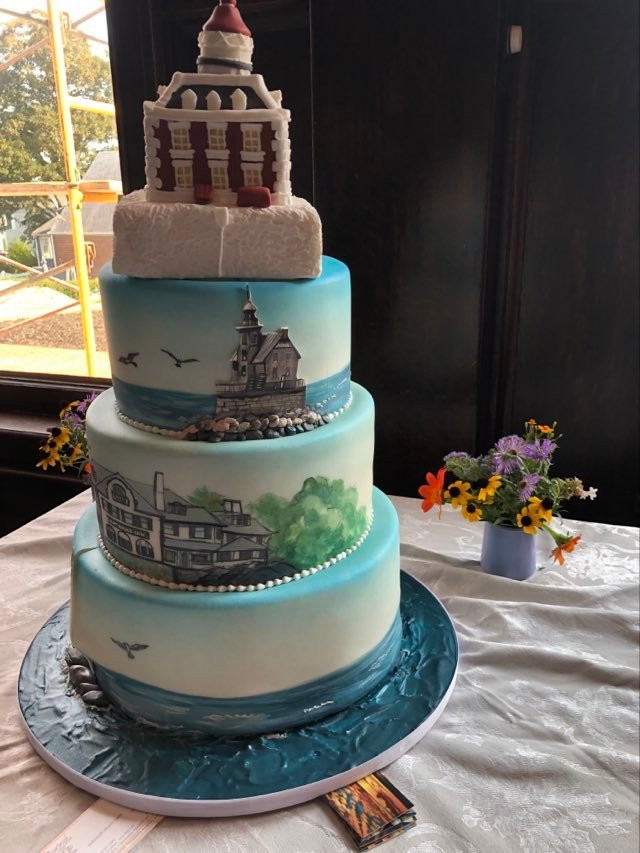 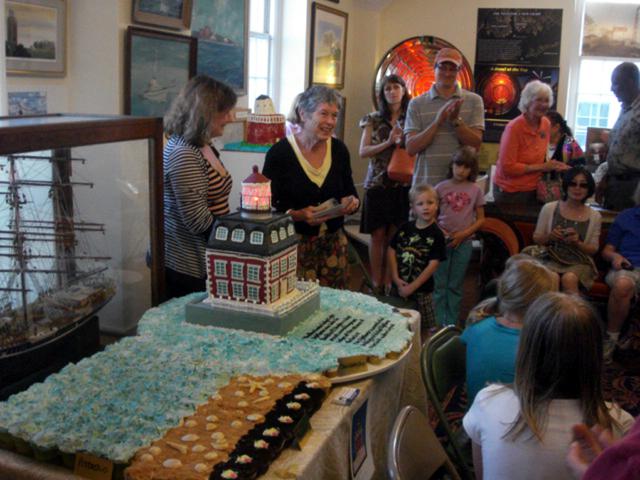 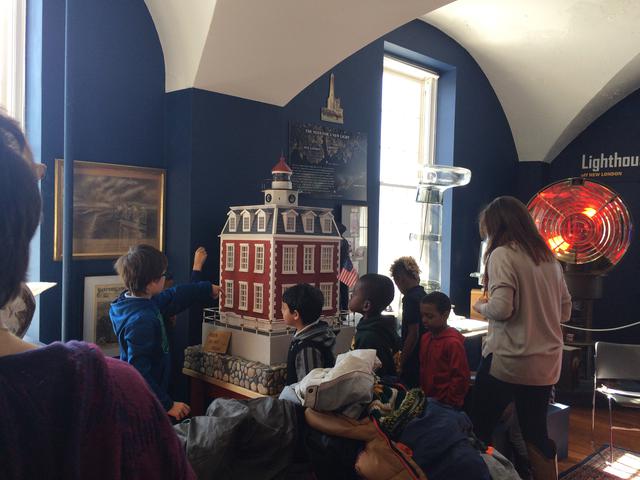 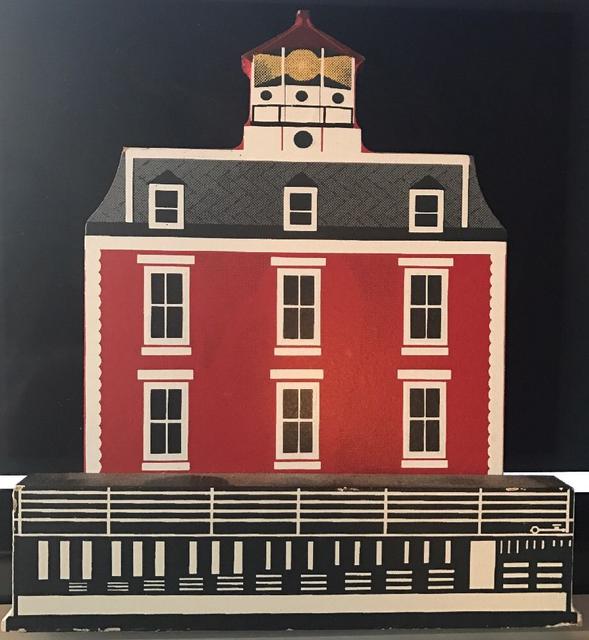 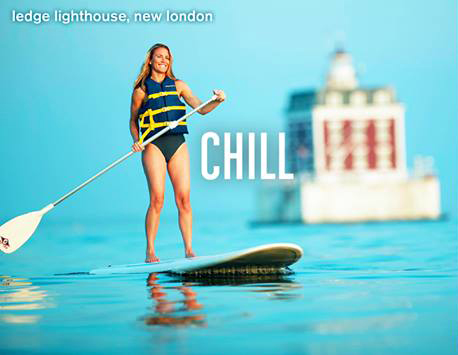 To see a collections of Ledge Light toys & models, like the one above showing calibrations for submarines, visit the Custom House Maritime Museum. Ledge Lighthouse was featured in Connecticut tourism ads in 2015, above right..